M60: still in functional condition. replacing the feed tray cover to modern version to allow for more options with optics. having some issues with the charging handle, however. shouldn't be too difficult to fix.

M249 Para: still in pieces. wanted to do hella upgrades on it, but think i'll keep it as it, just gotta get it up and running.

G36: functional. great built in ACOG. only complaint is the mag release and the inability to mount a grenade launcher.

Mk16: functional, but not reliable. folding stock and charging handle stick. needs to be replaced, preferably with the Mk17.

Ultimately, i've enough operational firepower to maintain combat effeciency and enough in various stages to keep me busy. Hoping to expand a bit and add an AK and a Mk17 to the arsenal before the end of the year. we'll see how it goes.

oh, i should also point out that the information on that image is incorrect.

and i'm working on repairing and expanding when time and finances allow.

however, i really only use the M60 or the Mk43 Mod 1 with the G36 on standby, so i have more than enough functional weapons to maintain at the moment.

Your Arsenal is growing but your non-funtional weapons need to be fixed/replaced.

In this shit show of a world I hope you can do either or. 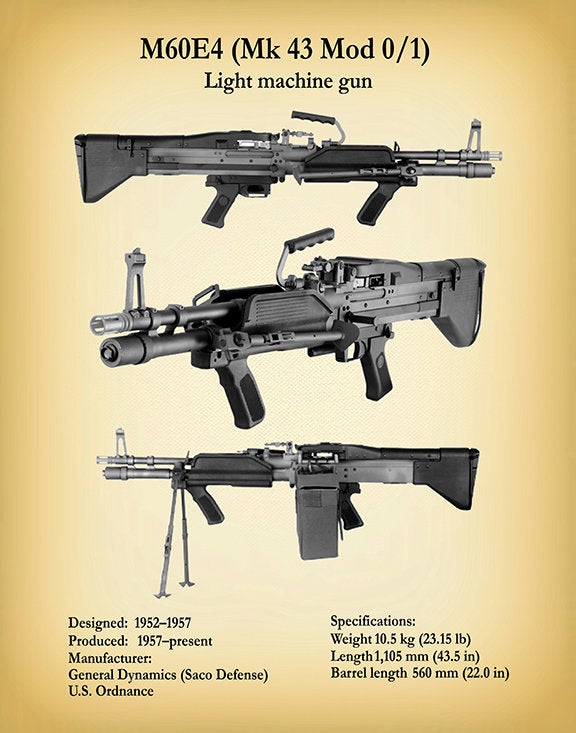