recently i was asked who i was, what unit i was in.

ya know, those questions used to be easy. you wouldn't believe me if i told you, really. but let's try it....

i'm a member of a US military funded death squad. we don't have a cool, slick name or anything. our designation is rather basic when it comes down to it. there are four of us. used to be more, but hey, war is hell, right?

who am i? hell you probably know more than i do. several months ago i came out of a coma not knowing fuck all. apparently, something had happened. i spent the next month being a lab rat, being experimented on. not the best of times, you wanna know.

then he found me and took me from there. long story short, he offered me a choice: death or vengeance. he put a gun to my head and told me i'd never see the inside of a lab again regardless of my decision. in that moment, i found my path. i've been serving under his leadership since.

see, something happened a while back. something bad. it killed all of us. but somehow, some of us came back from the dead. but we lost our identities, our pasts. he collected us, united us and put us back in the war. because we came back different. better. he gave us a unit for ourselves, a purpose.

i can't tell you who i was. i can tell you now that my name is Priest. the war we wage is unlike the war going on out there. i've spent countless nights trying to figure out to explain it someone, but there's really no way.

we're the ones that didn't die.

all i've known is torture. from the labs to the war. but if you want to defeat hell, you unleash hell, right?

this war will kill me again. and that's how it should be.

you want my advice? stay out of the darkness. stay behind the walls. stay in large groups. they can't hunt you so easy like that. you let me and mine hunt them.

far as i'm concerned, this is hell and i'm the evil you need. 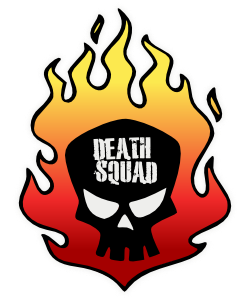