Just Another Soldier... Not just another war...

My name is Specialist Case.  Some of my colleagues and superiors call me Rodent.  I'd have to check my tags for my first name, I haven't had one for longer than I can remember.  I am thirty years old.  And I'm an active duty soldier.

I guess you'd be surprised to know your government still have a very active and stable military gauging from what I've read.  We've got new missions now, but we're still very much around.  And extremely busy.

Rumors of 'less than ideal' behavior from members in uniform has been greatly exaggerated.  So has the idea that we've been overrun or that we all turned tail and abandoned our posts.

I am an Infantryman in the 4th Brigade Combat Team, 4th Infantry Division.  I have been since about a year before the dead started to come back from the dead.  I was in some dirt village God had forgotten somewhere in Siberia when it happened.  We were hunting for some neo-Soviet Russian general that the media hadn't reported about.  The guy made Saddam Hussein look like Ghandi and we were in the unique position to get our hands on him.  One of the most important assets the enemy could've ever hoped to have and we found him in some plush love pad in the middle of no man's land.  It was a beautiful Op, I gotta tell you.

Until everything went to hell on our exfil.  Never seen anything like it.  I watched some Special Forces guy just turn in middle of this nightmare and blow away our HVT.  Just like that.  The biggest victory in the war, gone, just like that.  The guy saw the look on my face and told me that come sunrise, no one would remember that scumbag, but what we were dealing with right that moment would change the world.  I had hoped he was wrong.  As you all know he wasn't.

Our new mission is three fold- 1 Maintain security of established urban centers.  Yes, there's actual cities out there functioning like nothing ever happened, but there's a reason you haven't heard about it.  I'll get to that.  2- Seek out and destroy all domestic threats.  This includes Romeos (what we call zombies, its the NATO word for R since officially they're 'revenants') and all of the psychotic warlords, criminals and rogue government factions that either want chaos or their own nation.  Our 3rd Mission is to Seek out and Destroy all foreign threats on American soil.  You might not believe this, but there are a lot of countries out there that are sending over covert forces or small regular forces to test the waters, see about taking control over what's left of the United States.  Crazy huh?  Well... it happens.  I deal with it every day.

So... the reason you probably don't know that there is something resembling America anymore is because either we haven't found you yet or because you're being observed to discern if you'll present any problems if integrated back into society.  Ever come across a really good survivalist that seems to be around for awhile then is just gone?  Odds are high that some Spec Ops guy gathering hard intel on you.

You're not alone.  Your Army hasn't forgotten you.  We're just really busy trying to make sure we have a country to rebuild.

We're not given online access, for security reasons, but I've managed to tactically acquire a laptop to use to tell my story to someone.  Anyone.  I'll post what and when I can.  Answer any questions I can.  And to provide warnings.

This is important:  something is happening to the revenants we've encountered in the last few months.  Like they're getting smarter, faster, harder to kill.  There's more, but I'm out of time for now.

Revenant is the 'official' term we're using.  Apparently, no one wants to come out and say the obvious.  But there's a lot more going on, we're still learning more every day from direct engagements.  More to come....

I have picked up your transmission and find it very alarming.
Are the the Zombies turning into Revenants or are they a whole other subspecies? 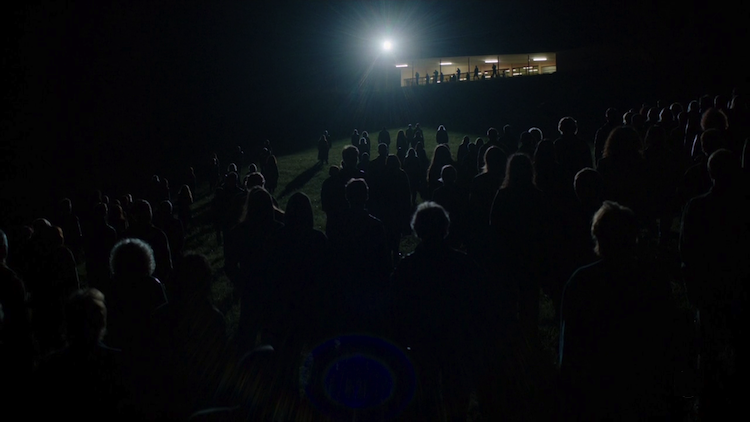 *It's taken from the experiences of one of the characters from a story i've been working on.  I've been trying to see if there's any interest for it, so maybe i'll post a few chapters, see what happens:)

Gripping and has me wanting more. Keep up the Wicked Work!