So I figured that I might as well have fun with colors in my blog. Why make everything so monotonuously the same? Although I have noticed that some of the colors make it difficult to read... hmm.. I'll have to mess around some more.

Anyway, onto the topic that I really want to discuss! Today (so far) has been such a fun day at school! At first, it started out terribly. I'd forgotten to tell my mom I had band practice this morning and needed to be there early, and so running out of my room ten minutes before the time I need to be school, I asked my mom for a ride. She got upset with me for not telling her sooner, although I had only found out about the practice the night before... so I asked her if she was going to help me or not (yeah, I get a bit mouthy sometimes), and she calls me irresponsible and told me it only takes me ten minutes to walk to school. I finally get so pissed off because I was in a rush that I yelled at her that if she wasn't going to help, she should have just said so from the start, and ran out the door, running for the city bus, praying that I didn't miss it.

I caught the bus on time, looked at the clock on my phone, and ran as fast as I could to the band room, which is on the other side of the school, because it was five minutes until practice started. I luckily made it in time! And rehearsal was a lot of fun; jokes were made, music was learned, and we had fun.

Then I went to my first block class, and I found a surprise there waiting for me. I absolutely hate my first block class, it's called Academic Support, and is basically like a study hall... it always depresses me and stresses me out just to sit in the class room, so for the entire semester, I've been going to the library to do all my work. Well, today, to my surprise, one of my friends transferred into my class! I thought that still, the class was going to go per usual, and I was going to go to the library all by myself, but no, my friend, Zoey, came with me!

For the entire block, we gossiped about boys, especially those Asian ones... yeah, I'm a little obsessed, although I don't really know why. What made me the happiest is that Zoey found interest in my music today! I didn't think I'd find another friend who liked cpop and jpop and kpop... it makes me so happy. Plus, I got to gush about my boy, and I showed her pictures of him, and she was impressed. Not just impressed, but jealous that I've found a boy for me that I truly loved, and plus he's really attractive. It's great!

Today is the first day in a very long time that I've gossiped with another girl about things I like, and found common interest... I don't do it very often, because my best friends and I are starting to find interests in different things, and becoming different people than who we once were. Doesn't mean we're falling apart, but we are finding less things in common with our interests, so things are different.

Now, going to the next thing, we have something called Advisory, which most kids hate, because we have to do extra things in order to graduate that doesn't even give us much credit! It's like 1.25 credit... and it just doesn't really help. But it does give us extra time to do work and turn things in, so that's good. I decided to use my time wisely and go ask for the work I missed in my class yesterday and the Thursday before, since I was out sick. It was just my luck that my teacher was there and gave me what I needed, which is easy stuff.

Walking back to my Advisory class, I bumped into my friend, and upon asking her what she was doing, she told me that she was headed out to get a popsicle, and then she remembered-- she owed me one!! So we went out to the ice cream trucks that sit outside our school everyday, and we bought a popsicle and a fudge-sicle (mine!). We had fun talking and waiting outside of our next class, Japanese, and enjoyed the sunshine, which made me extremely happy!

Japanese class is my favorite class! So I was extremely excited when it started. We learned how to ask what someone is doing, and how to answer what we are doing. So our sensei (teacher) went around the room, asking us what our friends were doing, who we asked before hand, and told him. Some of us (me and I forced my partner into it as well) decided to be creative. Before even being told that we were asking our friends what they were doing, I decided I was going to say that I was getting a divorce. I could not stop laughing. My friend said that he was drinking sake. I told him no, he needs to say that he is getting drunk, and so he looked that up on his KOTOBA app for his ipod, and we found just what we were looking for.

It was perfect when sensei went around the room, asking us the question. He said that we need to be specific with what we are doing. For example, someone said: Kayla is reading. Reading what, though? A book! So Kyle, my partner, asked me what I was divorcing. I wanted to say something funny, but the first thing that came to mind was my cat, and I didn't want to say something so obvious as that (yeah, too damn obvious that I love cats), so I looked around, and stared at my desk. And that's when I knew! I told him desk! I am divorcing my desk! And so when it finally came to asking my partner what I was doing, he told sensei I was divorcing my desk... I can't stop laughing when I remember sensei's face... he asked me, "Was it a good marriage?" I couldn't stop laughing, so I just nodded my head. The entire class was giggling with me, and so it was great.

At the end of the class, several students came up to me saying that they saw this divorce was coming... it just wasn't working out between me and my desk... another student told me that my desk had been cheating on me with the other desks in the room. It was pretty hilarious. Also, apparently, my desk is pregnant with one of my friend's baby... I don't even want to know how that works... :D

And here I am now, still enjoying my day. Right now I am supposed to be in math, but because I'm staying after school today, tomorrow, and the next day too, my teacher decided to give me some slack and let me work in the library. I have to say that I am extremely lucky... the sun is shining, I've had a lot of laughter and smiles in today, and next is lunch, a half hour with my friends... and then band again! I have to say, there is no complaints here right now... I am so happy that today is going so great after so many days of stress. I hope tomorrow is just as great!! :)

I go to a public school in Salem, called North Salem High School. I don't know how many high schools in my town offer Japanese, but I know there are a few others, other than North.

My obsession with Asian boys... I have no idea! Truly, ever since being introduced to the Asian culture (first Japanese), I've found myself more and more attracted to Asian boys... it's kinda strange really, and there is no real explanation for it. XD

Comment by MALICE☭ on May 4, 2011 at 10:33pm
Kitty Kat what kind of school do you go to? I didn't think they taught Japanese in many school. Oh and what is this obsession with Asian boys? LOL!

Comment by Komrad Lady Sunyak on May 4, 2011 at 8:46pm
OMG Malice, that's really funny...and oddly appropriate for the conversation!

Comment by kasumalley on May 4, 2011 at 7:34pm
I like the orange it looks like Halloween. :) I'm glad you had a good day! Keep that positive attitude girl! Sending more good vibes your way.

Haha, yeah, school today was a lot of fun. It was really nice to be able to relax and also get some work done at the same time! I will miss high school when I graduate.

You day sounds like fun Kitty Kat reading it made me happy. Oh and I found out who your desk was cheating with. SCANDALOUS! 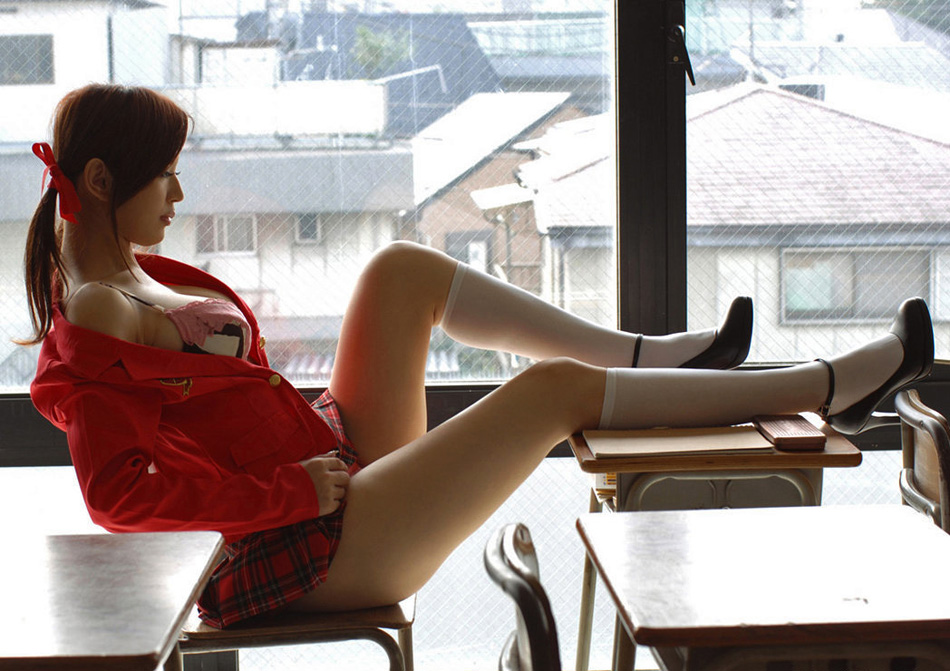