A sample of the writting I have been doing thus far

Daniel stood near the edge of the bridge holding tightly to his play sheriff hat, the toy six-shooter cap gun laid heavily in its plastic holster. His eyes locked on the focal point of the road that was stretched out before him.

"It has to be this way Danny" Daniel repeated the words his older brother told him, they sounded nothing like his brothers, to Daniel his brothers voice sounded like their fathers.. Daniel missed his father right now, he would have made Patrick stay here to watch over him, and would have gone himself to set up the explosives.

Alice walked up and placed her hands on Daniels shoulders, "He'll be okay hun, him and Lex will be back soon". Daniel turned to her, his eyes started to tear up as his bottom lip quivered, "Only one of them will come back and I can't see who it is, one of them will die one of them will die ONE OF THEM WILL DIE" The boyish sweet innocence and angelic mood that was always with Daniel melted way. Alice knew that what he was saying would end up true, he had never been wrong before and it was his gift that saved them in Kansas. Alice started to shake with fear as Daniels tanturm contined.

Down by the jeep Greg was working on the flat tire when he heard Daniel screaming, all he could make out was one word "DIE". Getting up to his feet and running at full speed Greg prayed he got there in time to help. Coming around the corner of the barn where they had stayed just the night before Greg reached out to the back of the second truck and grabbing his rifle.

A white hot wave washed over Greg, causing him to come to a complete stop and stand there like a tree. His body was no longer under his control nor his mind. Flying down a dark tunnel then jerking hard back he saw himself standing there and then saw the bridge and Daniel. Daniel was pointing the opposite side and there Greg saw it a rather large mass of zombies and they were moving fast too fast for Patrick and James to finish laying out the explosives to destroy the only link fto where they were now. 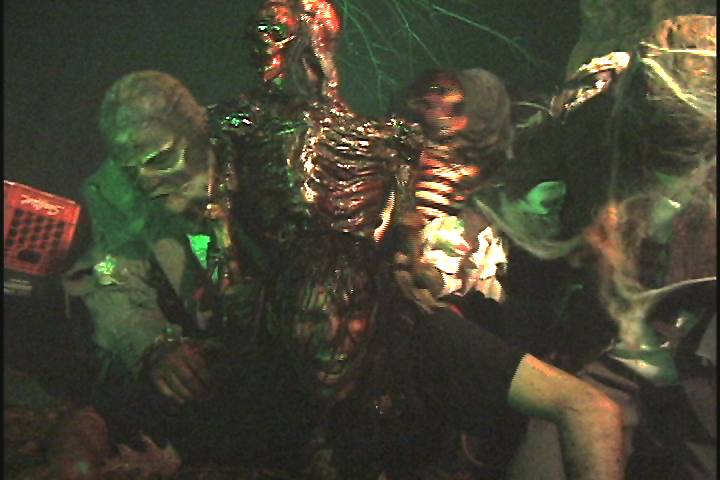 Comment by Komrad Sunyak on March 21, 2010 at 5:20am
That is great. I like the psychic gift aspect. Kant wait to read the whole story.

Comment by KOMRAD RHINO☭ on March 20, 2010 at 3:04am
the story is coming along real good. i would love to read the whole thing when its done. so dont spoil it for me on details. lol.