We first landed on this Backwater hellhole you call Earth back in 1999. We tried to blend in. You said that we are all animals and deserved to be treated as such. You experimented with virus making zombies. And now we have to clean up your damn mes

About The South Lands 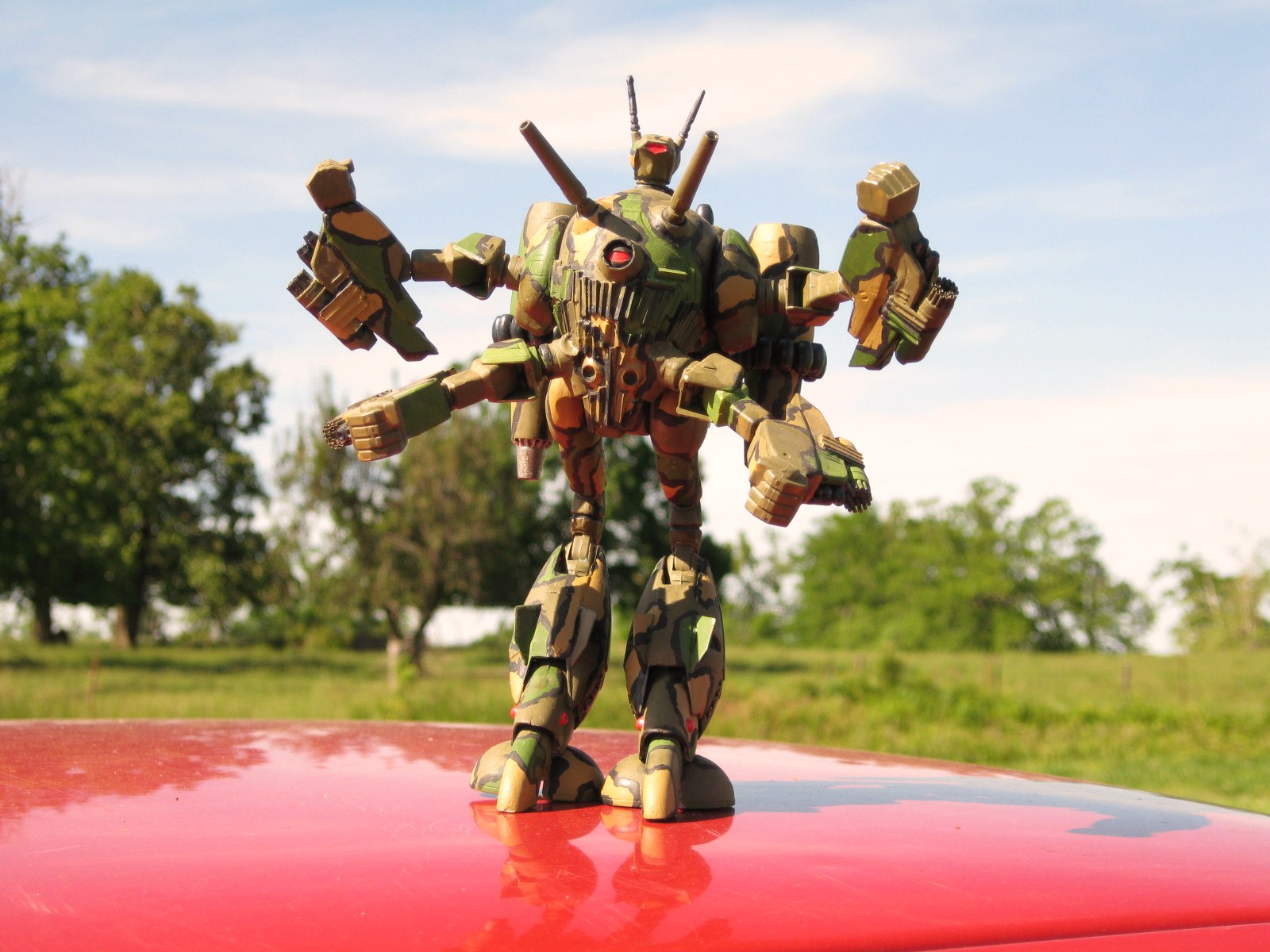 We were the first to arrive. Advanced scouts on a mission. Ours was to find and secure a site that would serve as our base of operations.

What went wrong. First, the ship we were escorting had suffered severe battle damage and handling it was a supreme bitch. Our own ship, the "Fire Serpent" wasn't doing much better. Upon entering earths' atmosphere, we started to lose control of our mother ship.

Not wanting to burn up, we sent our base ship off on its own only to have the DAMN THING crash on some deserted island in the middle of what you call the Pacific Ocean with the loss of all aboard her.

We really couldn't afford the loss of those soldiers!!
Not with this war that was going on.
The "Fire Serpent" was having troubles of its own and we manage to make a soft landing in what you earthers call South America.
Near the Peruvian headwaters of the Amazon River.

We thought that we had made it. We were wrong. Dead wrong.

The local inhabitants [ Indians and Inca People ] were very civil to us. They just though that we were "Big" People.
At 45'ft high, you could say that we are big.

The Government on the other hand, thought differently. They thought that were a problem and tried to eradicate us.
I should say, The Governments. There was about seven different ones wanting to get a piece of us. They wanted our technology for themselves!!

They came at us from all sides. The War we now had to fight was taking a serious toll on our survivors. We held our own.
It wasn't enough. The U.N. stepped in with U.N.I.T.

After about six months, a truce had been made.. But only after our own forces had been cut down to a mere 300. Our original strength was 15,000.
We had a crew of 700 aboard the ship that crashed in the Pacific.

Most of those died in the early days on earth.
Those that were left were force to be micronized. The Earth governments had robbed us blind. They took everything that was not damaged by battle.
Leaving us with nothing but junk.
We were put on an "Reservation" for our own protection.

The Powers that thought that we were just much trouble. Tourism was down and nobody really want to see an alien who look like everybody else. They were hoping for E.T.

Not a chance in hell. The end came when the government declared open season on us, saying that we were really invaders and that all loyal citizens should do what they could to fend off the alien hoard.

We did pretty good at first, using what skills we had learned during that time to defend ourselves. With no mecha to fight with, we turned to making our own with what we had available. Taking the wreckage of any mecha that we could find, we made our selves new mecha with which we now fought with. With a building scheme that had no rhyme or reason, our new mecha were looking pretty freaky. Something between from what Dr. Frankenstein and the guys from Top Gear would come up with.

We named our new Mecha, "STINGERS"! We want our enemies to get the point.
We fought tooth and nail all over the South Lands. We gave no quarter and we received none. We finally found refuge in Bolivia. The Government were very sympathetic.

The real trouble started in August, the stasis units aboard the "Fire Serpent" were still operating. Help had come at last!!

What the hell we thinking. The Powers that be launch an all out assault on the emerging Zentraedi. Only about 2,000 made it out alive, but not for long.
In about seven hours, all that were left were 1,200 or more that went to the Amazon Rain Forest to die. We couldn't even save one!!

Then the "Narcissus" virus showed up.
It started first in America and eastern Europe.
It was world wide in three weeks. About 75 percent of mankind went down the shitter. If you are sick or dieing, you became what is now known as a zombie.
A flesh hungry monstrosity that preys on the living.

Reports later came in saying that something was haunting the Amazon.
Something really big. Me and Tohsaak went to Manus to find out what the fuck was going on. BTW, my name is Tobruk.

Brazillia was a waste land as was Rio and so was Manus. Something had torn these cities apart!! And we found it!! About 800 or so zentraedi had survived long enough only to become zombies them selves!!

About 800 or so FULL SIZE ZENTRAEDI ZOMBIES at 45 ft tall each and with the temperment of an enraged grizzly in all of them!!

WAY TO GO GOVERNMENTS OF THE EARTH!!!!
FUCKING ASSHOLES!!!

They just don't hunt you down, they eat you like there was no tomorrow!!.

Now the Bolivians want protection and it is up to us Zentraedi survivors to clean up the mess that the powers that be had the stupidity to unleash upon us all!!

You want some fun? Want to do some serious hunting for big game??
Then come on down to Lago Titicaca on the Bolivian Border and sign on up.

BRING A DAMN BIG GUN WITH YOU!!

If you want to join us, then welcome fellow warrior.

All are invited in this war against the hoards of undead zombies and giant zentraedi zombies as well!!

YOU TOO CAN BE ONE OF THE FEW 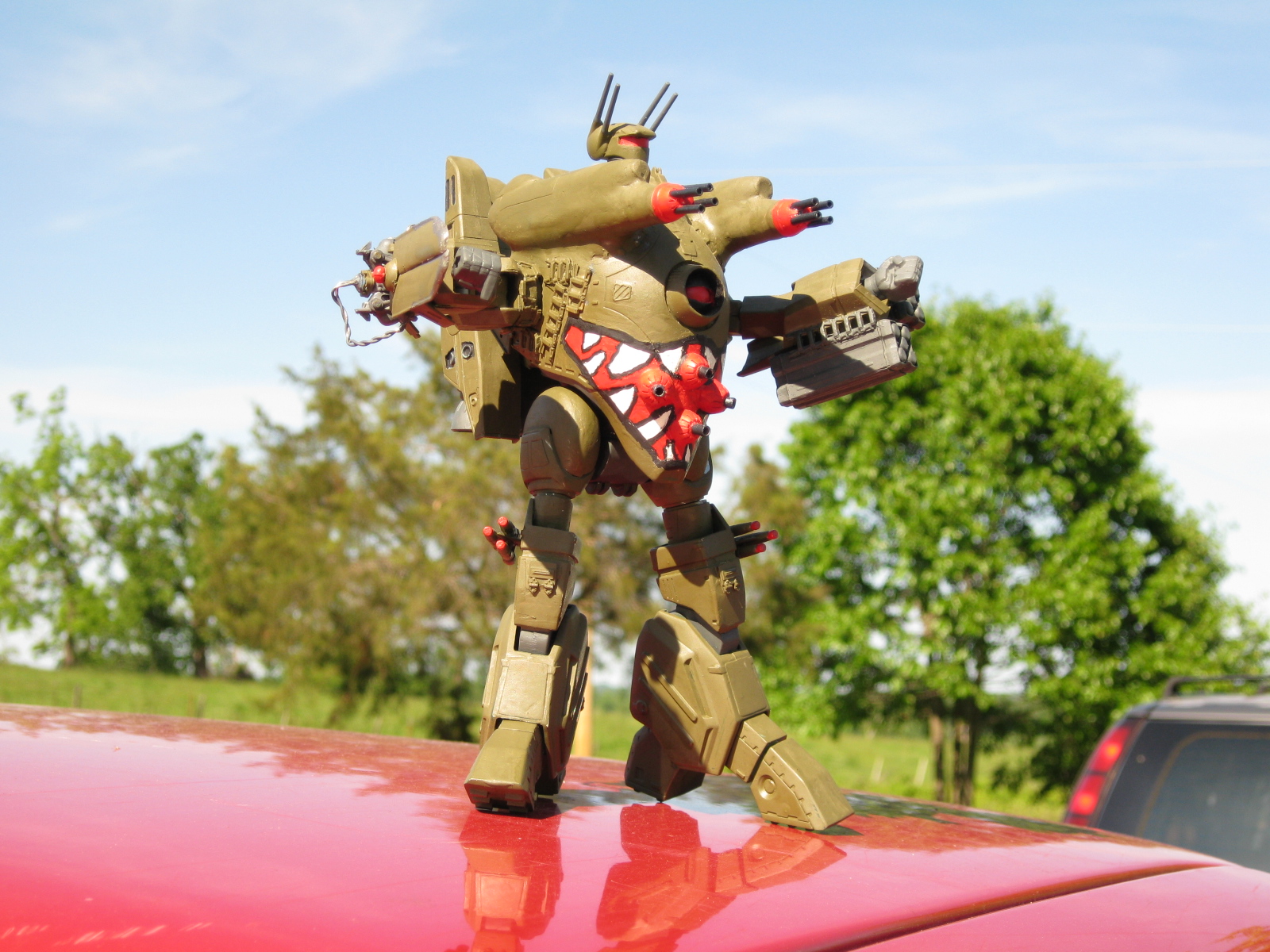 The Rules of the Zentraedi Kontrol Zone 1 Reply

Survival of the Jungle!! 2 Replies

You need to be a member of ZENTRAEDI KONTROL ZONE---THE MALCONTENTS to add comments! 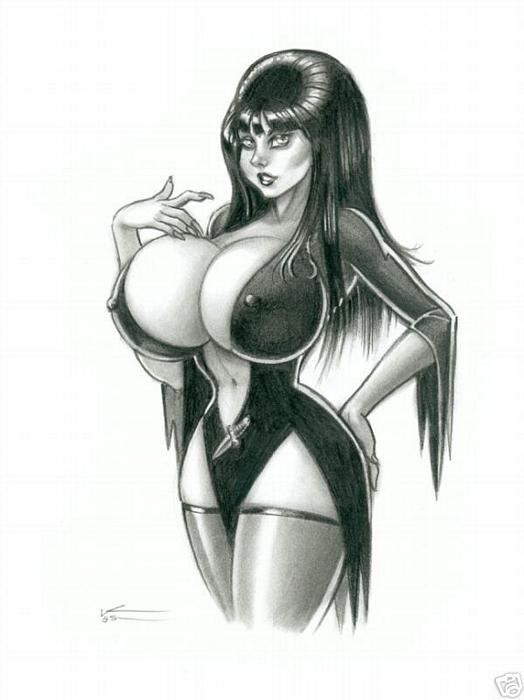 Time to have fun!! 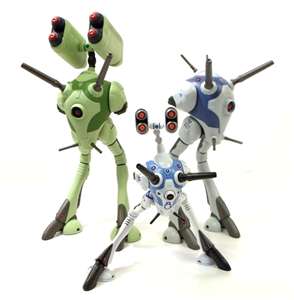 Comment by The Dread Pirate Boodrow on May 30, 2011 at 12:54pm
We are still alive and well and are trashing Argentina. Way too many zombie colaborators there 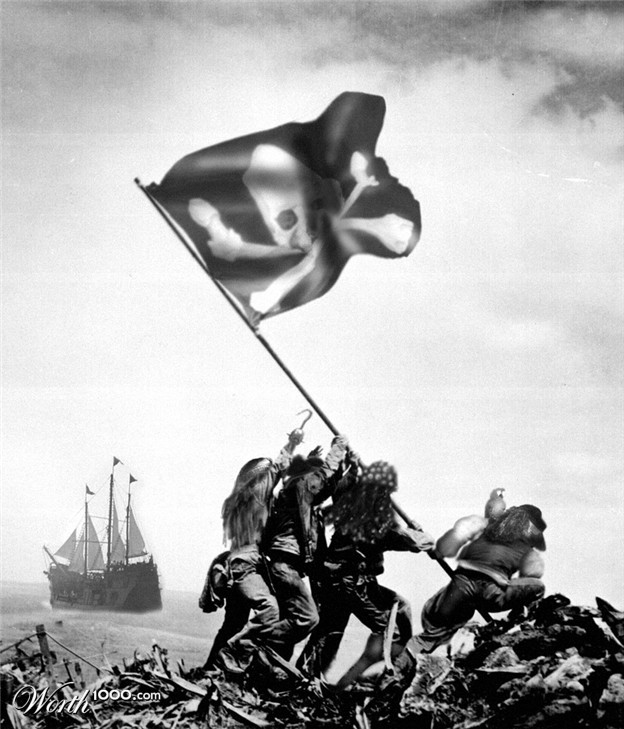 You must kepp fighting until the battle is over. 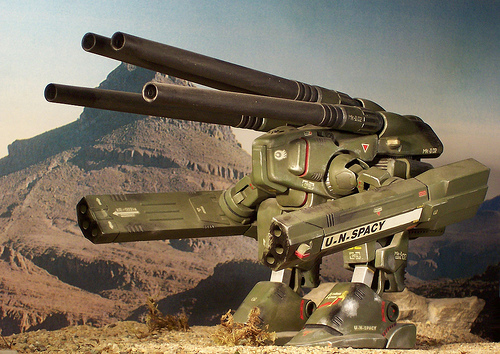 Victory at all cost! 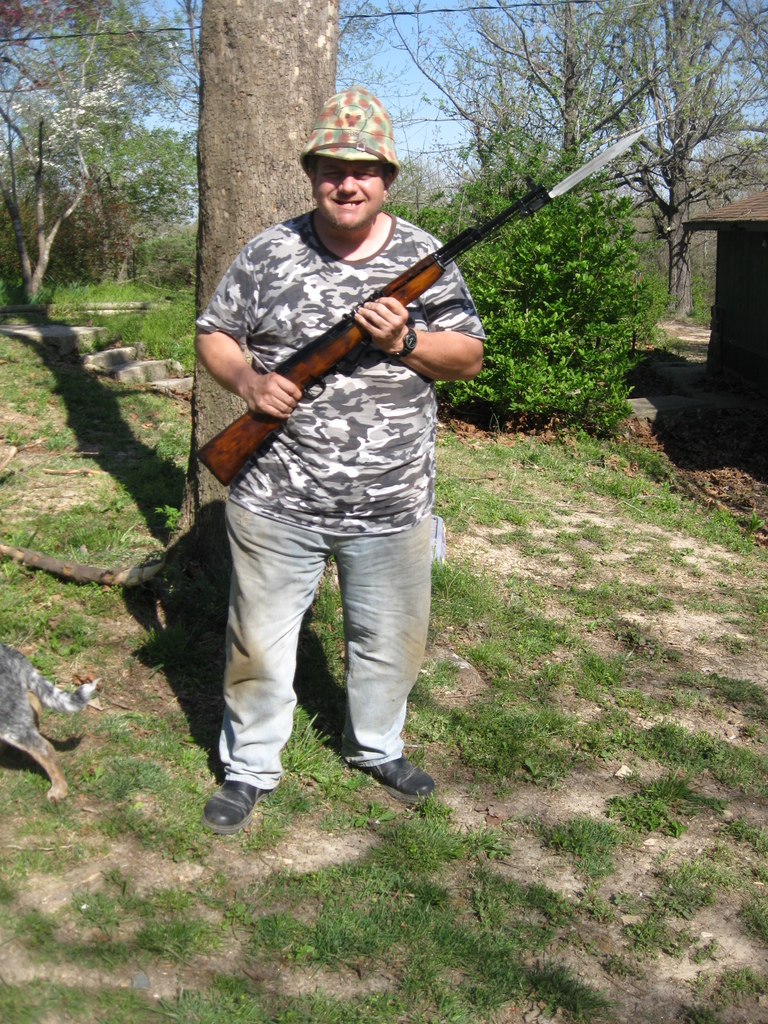 I am al fired up to hunt some reallt big zombies1 Hoist high the Jolly Roger and break out the RUM!! 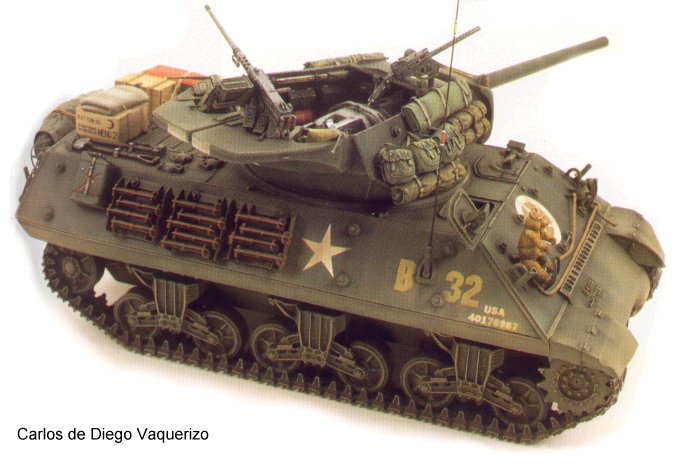 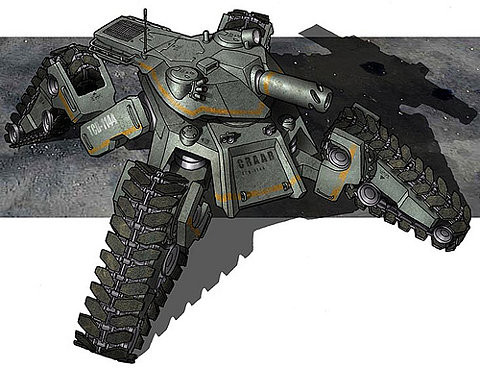