Zombie Killa and Boogaloo - Two Freebies for you

Okay, don't get pissy about Zombie Killa. It's a comedy. Not a lot of biting and gunplay. The upset response I got for that one from traditional zombie fans led me to write Boogaloo, which is a good deal more serious.

At any rate, here is a link to the first part of the audiobook for Zombie Killa: https://soundcloud.com/the-original-high-c/zombie-killa-part-1

If anyone requests it, I can give you a link to the full text.

Boogaloo stands at about eleven chapters so far, and it's fairly ambitious in scope:

All feedback appreciated. Thanks!

Thanks for sharing the links.

Ooh, thanks! The theme song is pretty fucking great, at any rate. ; )

Here's the full text of ZK, and a bunch of my other stuff.

Thanks! It was a funny time, back then. We were in Vanity Fair, Wired, Esquire, Newsweek. Shows in Amsterdam and Las Vegas. A few folks were on MTV Canada. So I used them all as characters, because rappers are sort of halfway actors already. The original plan was to produce a movie. But I sort of detonated the websites and scene. Now it's all scattered little groups everywhere with no cohesion. I'm thinking about continuing the story with a sequel, Kill BIll Gates...

There's a documentary on Amazon Prime that breaks down that whole scene, "Nerdcore for Life". https://www.amazon.com/Nerdcore-Life-Ytcracker/dp/B003TLTUB2 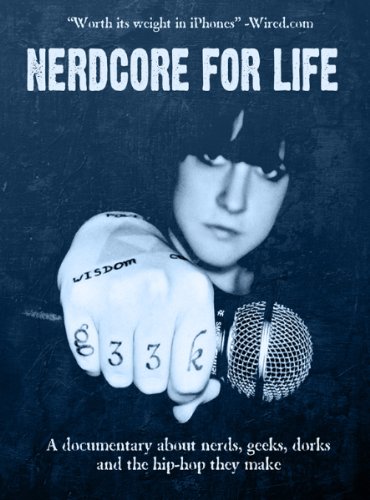 Two of the 21st century s most powerful social forces; Hip-Hop and geek culture collide head-on in the feature-length documentary, Nerdcore For Life. Born on the internet, Nerdcore Hip-Hop is rap music made by geeks, for geeks and covers such traditionally nerdy topics as comic books, video games, sci-fi, anime and technology. This new and fascinating genre is founded on Do It Yourself ethics and most Nerdcore rappers create their music on home PCs and disseminate their work for free on the internet. Though it has existed on-line for almost a decade, only recently has Nerdcore gone from being an internet fad to an underground cultural phenomenon. Filmed over the course of two years, Nerdcore For Life profiles the top names in the genre as they celebrate geek Life and their passion for hip hop to the fullest, fight anti-nerd stereotypes, and attempt to overcome the common obstacles that block musicians of all types from fulfilling their dreams. The documentary follows these dedicated artists as they go from recording rhymes in their mother s basement to performing live for thousands of cheering fans. From their first song to their first MTV appearance, Nerdcore For Life chronicles the amazing transformation of a group of unknown nerds into internet celebrities and rising hip-hop stars. In all, more than 40 Nerdcore artists and producers from across North America make appearances in Nerdcore For Life, including: MC Plus +, Ytcracker, The Lords of the Rhymes, mc chris, Ultraklystron, Doctor Popular, MC Hawking, Nursehella, Optimus Rhyme, Beefy, MC Router, Zealous1, Jesse Dangerously, mc chris, Shael Riley, Baddd Spellah, MC Lars, Former Fat Boys, High-C, Nomad, The Sucklord, Monzy, Tanuki, Krondor Krew, Maja and Schaffer The Darklord.