What You All Think about The First Half Of Season 8 Of The Walking Dead ?

I Don't think it's Been as Good as it Could Be, Yeah They are Fighting Back Against Negan, But it Still Ain't Been Good and It Looks Like They Cut Down On Some Of The Blood and Gore,  Season 7 was Better When Negan was Killing People and Doing His Thing, He Ain't Done Shit This Season, But Run His Mouth, Just Like Rick Said, Don't You Ever Shut The Hell Up!!!!, If The Second Half Of Season 8 Ain't Better Then The First Half, It Going to be a Flat Season!!!!!!!!

Hello MJFFF! I haven't watched this season yet... Did you enjoy it?

Permalink Reply by MichaelJasonFreddyFanForever on January 1, 2018 at 11:39am

I've enjoyed it. It hasn't been like the other seasons, yes I'll admit that. But it's been pretty good so far...And they are finally doing something I've been wanting them to do since season 1 and that's kill Carl off. But here's the kicker, there's so many different ways they could take it from there. The group needs an Alamo. And this could be the war cry they need in order to get their heads out of their asses and become just as ruthless as Negan. I know, people are upset about the situation, because it doesn't run parralle with the damn comic book. But that's the one thing that AMC and even Kirkman said from the begining. They wanted the show to be able to stand on its own and not rely on the backing of the comicbook. But as the show entered into it's 5th season, that's when Kirkman started to kind of bash the TV series for not following the comic. It's been on of the hardest things I've done lately, which is sit back and read/listen and watch people scream bloody murder over the shows decisions to change a few things to keep it different from the comic.

If you look at the world of comic books, there are so many different worlds within the universe of the comics, ranging from X-men to X-Factor to New Mutants to even the worlds of the DC comic universe, that the movies don't even follow the world of comics more than half the time. Look at all the shit between the DC comics that they made movies and TV series out of and no one has really thrown fits over something as petty as the death of a character.

But we keep watching. yes, I know there's a lot more they can do with a lot of the storylines within the world of The Walking Dead, but until someone lights that fire back under the writers asses, we're going to keep getting watered down story lines in which we may loose main characters. I mean come on, the last Walking dead comic I was actually able to read had Rick with Andrea. Hell, she died back during the shit with the Governor in the series. No one through fits over that.

Permalink Reply by MichaelJasonFreddyFanForever on February 2, 2018 at 7:06am
I really Like The Show and Hope The Rest Of Season 8 is Good!!!!!!!

I stopped watching it after Glenn died. He was one of my " if they kill any of these 3 characters" list lol

Since They Killed Glen and Abraham it has been hard for me to watch... 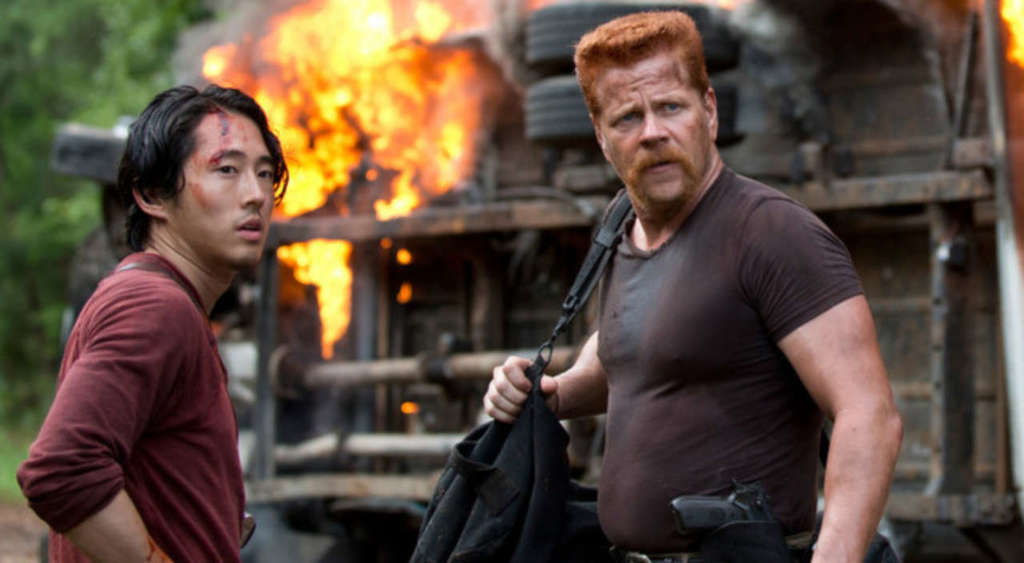 I am so looking forward to season 10!

Permalink Reply by Komrad Venessa Wicked☭ on February 1, 2021 at 3:40pm