It's been three days since the infection...
My hands still stained with his blood...
Gun in hand, six shot's left...
Hiding inside of a convenience store...
My body is tired, I can't sleep...
must not...
Sleep...

*sit's up*
"fucking christ... that damn dream again."
I look down at my watch reading it was twelve on the dot, throwing the blankets off of me, and grabbing my pants.
The house was empty, pops was out, and mom was at work. Me just your average twenty year old.
I walk up to the mirror finishing dressing up, looking at myself once more before I hit the world with my fist, and I grab my essentials phone, ear buds, bud, and wraps.
I walk out my room, grabbing my cap from my bookshelf, and heading for the front door, patting my pockets once more. "Alright, every things a go."
The doorknob felt cold on the palm of my hand, turning it made my stomach cringe, and as I opened the door feeling the first small gust of wind coming through the screen door, the smell of death crawling deep into my nostrils.
*Inhales & Exhales*
"Man, today feels great! The heat is perfect, a good day for a smoke." Pushing the screen door open, closing the main door hearing the last click, and hearing the last sound of the screen door slamming into place.
The sun was bright, shining and hot. The neighborhood was quiet as usual, but there was a different feeling about the day.
I take my first step off the porch, walking towards the street, and walking to the end of it. Taking a right walking towards a small bridge that allows water to flow through towards the river. "Mmrgh" Hopping down, walking into the tunnel, then into the open, and walking into the third tunnel, stopping at the middle of it.
"Finally, let's get blitzed." I reach into my pocket, grabbing the bud, and the blunt wrap, ripping off the seal, grabbing the blunt, and watching it slip from my fingers, to hitting the ground.
"fuck..." I pick it up, before looking up a chill runs down my spine, and that's the last time I ever got smoke at my favorite spot.
I kneel down grabbing the wrap, then sitting against the wall, and begin to gut the wrap, while stuffing it up, rolling it up nice and thin. "Groovy" I light it up, inhaling it nice, and deep. *coughs, sliding to the side*
"jes...*cough,cough* fuck that was rough." I take another hit, then glance quickly to the right, and felt my heart freeze within my chest.
There he or it was, standing there, staring at me with nothing... Flies were buzzing like crazy, the smell was awful, and sure lost his weight. He takes his first step, as I get on my feet, eyes locked on it, and blunt still burning, grabbing it from my lips blowing out the smoke, and slowly walking back.
I watch it take its first steps, it had the walk of a drunk man, and it raised it's hands out towards me as if it was in pain.
I turn around running to the end of the tunnel, turning into the next one, and hauling back to climb back out.
Stopping at the end of the tunnel before climbing, walking to the second tunnel, and looking down it still seeing it walk out of the tunnel I was in before. "What the fuck did I just saw?" I look down at the blunt, taking a hit, and climbing out, walking back home for answers.
*pop,pop,pop...pop..pop..tires screeching.* Those were gunshots. I start to run, home was close, taking a sharp turn into the yard, and running for the front door. *door slams shut*
*breathes rapidly* The t.v. was on still, then the news popped up.
Reporter 1: In today's News a viral outbreak has hit the city today, hospitals have reached up capacity.
we've also been giving news the army, and the CDC we'll be station into the city to aid the situation.
Reporter 2: And in other news, reporter Frankie Lou is on the scene of the viral epidemic. Frank, what can you tell us?"
Frank: "Well guys, it's pretty nasty down here. So nasty I'm wearing a haz-mat suit. We still have no idea how the virus came into the city, the first victim to the virus was 35 yr. old George Wit. Witnesses have said they heard screaming from his home at six a.m. this morning, police showed up to the scene to have finding Mr. Witt consuming his wife's intestines like sausage links. Then Charged at one of the officers, biting him in the throat, as the the other officer shot Mr. Witt in the head.

Paramedics arrived quickly, the officer did not make it. There was also two children inside the home that were unharmed, they told police that there father was ill one day coming home from work. The children's name have not been released.

"What the hell is going on?" *phone rings* "Dad!" I reach into my pocket seeing his name on my screen, quickly answering it.

Time stops, I begin to feel a blade slowly sliding into my chest.

Listen you have to come home. We'll go find mom at the school.

Me: Dad, be careful. 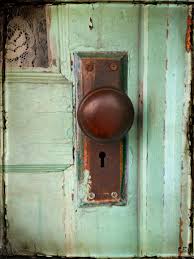