Over the years I've had a blast playing a zombie (as well as various other roles) in local independent films.  I've also put together creative photo shoots where I was covered in blood and seeking fresh brains.  These adventures were lots of fun.  I've been a Ramero as well as an infected zombie.  I have to say, the infected zombie roles were the most fun.  During one of the days of filming we actually broke the glass on the door of the movie theater we were filming at.  What can I say, we were hungry!

Being a zombie in films is a lot of fun.  I'm about to be in a commercial for Run For Your Lives which is a zombie infested 5K run.  The commercial will air during the premier of The Walking Dead on AMC.  I look forward to this time of year which I refer to as Zombie Season.  The more blood and gore the better! 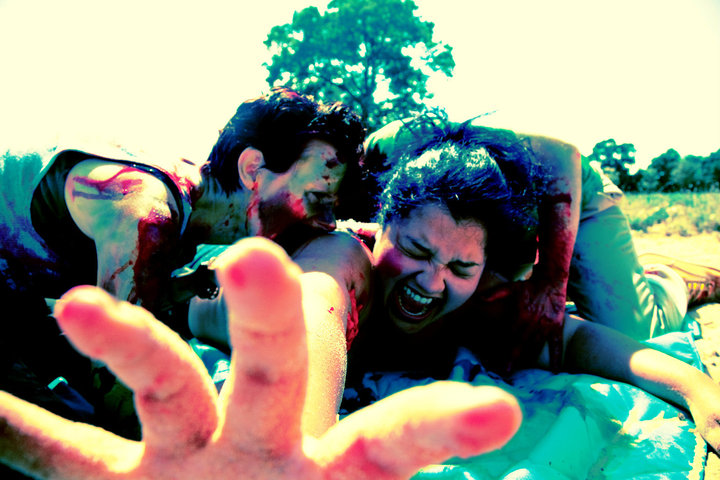 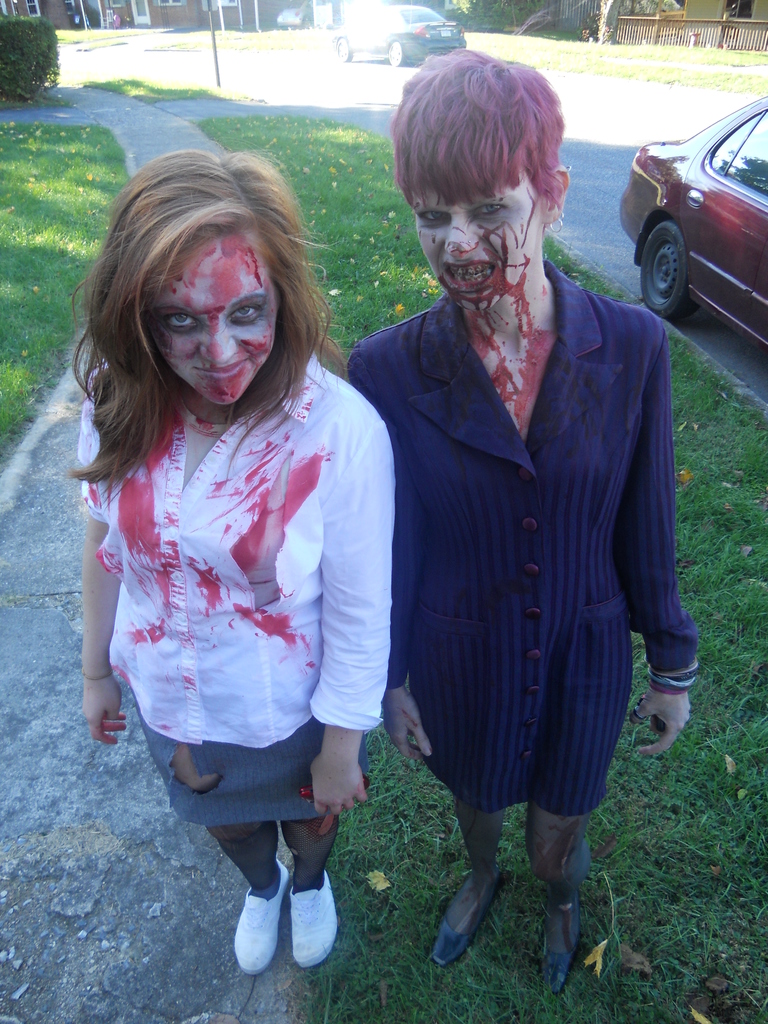 Comment by Sherry Billings on October 24, 2011 at 8:47pm
I played a 1950's zombie for another local indie film yesterday.  That was a lot of fun.  Imagine a barn full of zombies dancing to a zombie band... then eating the only living people :)

That's funny, it's not a cast.  I was wearing long sleeves under my scrubs because it was cold.  Yup, it's me though.  We were told to bang on the doors and claw at them to get in.  There were like 20-30 of us doing it, so I guess it was just too much for the glass.