The truth is callous, cold and cruel. It involves a truly selfless woman named Bessie. Bessie spent most of her seven decades on this earth putting others way before herself. She was the oldest of five children and took
care of her younger siblings when both of her parents died in a terrible murder/suicide when she was sixteen years old. Raising her brothers and sisters was definitely a challenge that seemed
insurmountable at times. Fortunately she excelled and all her time and effort paid off tremendously well when her siblings grew up to have productive and prosperous lives.


Bessie also raised kids of her own. She bore two daughters and a son. Her youngest girl and her boy went on to make her very proud. Her first child Helena went on to break her heart time and time again. Helena

gave birth to Bessie’s first grandchild at the age of fourteen and kept on having babies (six in total) until five weeks shy of her grisly death at 45.


Helena’s truncated life was mired in a constant series of miseries which were of her own making. She wasted most of her days lostin toxic haze of drugs and alcohol. When Helena wasn’t using substances legal and illegal, she was using everyone in her life. Bessie bore the brunt of her daughter’s

selfishness. Helena would often dump her children at her mother’s home without a moment’s notice. She wouldn’t return for days, sometimes weeks later.


Helena’s prolonged absences went on for a few years until one day she left never to return. Bessie was far more outraged by her daughter’s abandonment then her daughter’s children were - they barely knew

her. Bessie once again became a mother and raised Helena’s grandchildren. Most of them grew up good and did good. One was good for nothing.


His name was Tommy – Helena’s eldest child. During his early years Tommy showed great promise. He was a boundlessly creative and likeable kid who excelled in school. He had the makings of an academic genius. Tragically by the time he reached adulthood Tommy transformed into a sociopathic black hole sucking the light out of all those around him. Tommy was a fucking bum who enjoyed mooching off his grandmother.

Just like his mother, Tommy was a hopeless junkie who injected, smoked or snorted everything he could get his hands on. His drug of choice was meth and his craving for it was insatiable.

Without regard, he frequently invited fellow meth heads to Bessie’s home to do drugs and to do each other. Thirty–one year old Tommy lived in his grandmother’s home rent free and he showed his appreciation by turning it into a den of debauchery.


Despite passionate pleas and warnings from her friends and family, Bessie would not rid herself of Tommy. Even after he and his junkie friends had wrought thousands of dollars in theft and damage to her home. She refused to give up on him. Bessie desperately wanted to believe that Tommy would make an extraordinarily recovery and finally fulfill on his early promise of greatness to be. Tommy knew this was the reason grandmother stuck by him. He also knew he never would get his shit together. Not even for his doting grandmother. He just didn’t give a fuck.

Unfortunately Bessie’s troubles compounded when she was struck with stomach cancer. In a manner of months the disease took a devastating toll on her body. She became bedridden and Tommy ran totally
amok of her home. While Bessie would lie in her own filth, ridden with puss filled bedsores, Tommy would be elsewhere continuing to get fucked up any way he could. Occasionally Tommy checked on his grandmother’s deteriorating condition only to see if she had died so he could get rid of her.


Bessie died heart broken and alone on her birthday as Tommy was out on a four day long sex spree. When Tommy saw his grandmother’s emaciated body reeking of shit and

death he broke down. It was the
realization of serving prison time for neglect, not the loss of the woman who raised him that
caused him to crumble. Tommy’s behavior towards Bessie was just as callous in death as it was in life. Tommy grotesquely mutilated her remains so she could not be identified and wrapped them in a sheet of plastic. Then he dropped them in a dumpster and never looked back.

After enduring a life of so much struggle and torment Bessie deserved to rest in peace. But it was not to be. An obscene occurrence happened to her. Bessie’s badly decomposed remains had revived. Her soul had not departed to the beautiful place up above. She had become a undead monster mad for human flesh.


Bessie was the first to reanimate but she wasn’t the only one. All around the world good people who were cruelly discarded and murdered were coming back to amass a rageful legion that would ravage the world like locusts. The dead made all the living pay for the sins of the wicked. It was ugly and unfair. And all hope drowned in despair.


The dead are now hungry because there is no one left breathing. None are more hungrier than Bessie whose teeth destroyed when Tommy maimed her corpse . Zombie Bessie never got a chance to feed. Her story is a sad one indeed.

Comment by casecloser on July 3, 2010 at 2:03am
Grandma should have learned her lesson with Helena and kick Tommy out of her house. That worthless piece of shit should suffer a long painful death.

Comment by Komrad Zombie Slayer☭ on June 30, 2010 at 1:19pm
That was some sad and twisted shit! Tommy should burn in hell for his Atrocities! 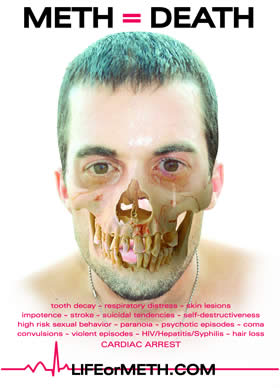 Poor Bessie so much MISERY!