What Is Your Status Right Now?

All of mankind has different situations in this Zombie World. Some people might be hold up in a house, military base, mansion, apartment building, or just on the run.

What What Is Your Status Right Now? 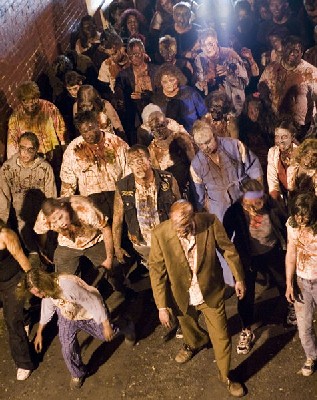 I've been held up in Camden's local Wal-Mart and have been really transforming the inside of the place into a pretty good command center. All inventory within the building has been sorted, cataloged and  placed in sections in which they are related to in survival. Most of the back-up generators have went out. Well, I found the back-ups and decided to drain most of their fuel tanks and save most of the fuel for the main one over where I have set up my entire existence for the last couple of years. Which was mostly over in the automotive section. Found a truck within the service area, which after a year I finally got running and now I know every damn inch of that damn motor like I know the back of my hand.

I've been checking a spot in which I've decided to use as a meeting place for new people to become part of the compound. And before you ask, yes there was a Murphy's gas station across the parking lot. And yes, I figured out a way in order to not only drain the main fuel tanks underground, I cleaned out everything within the attendants little box.

The fuel tanks weren't that hard to drain. Just took some car fuel pumps, a lot of garden hoses and a simple circuit to power the fuel pumps. Yes the fuel pumps were small, so I had to use many different sizes to be able to get the fuel out of the tanks. Basically every 20 feet I cut the hose and inserted a fuel pump. Now once everything was placed I wired everything up, which working on a few racecars, I figured out how I needed to wire the pumps to each other.

It took around a week to drain the tanks. Not because I had a bunch of pumps that zapped power from a large generator, but because I ran the fuel hose from the tanks straight into the automotive garage area, which was a long freakin' way.

Once the tanks were drained and all fuel from gasoline to kerosene to even diesel fuel were collected into 5 to 10 gallon gas cans, I had an entire side of the four vehicle maintenance area stacked to the ceiling of fuel. Yes, I know that fuel goes bad just sitting around, and most likely so did all the octane booster agents and fuel booster additives, but it's still running my generator.

Anyways, I've been a little under two years and feel like I'm the only one left within this area of Tennessee. See, I took over the local police station and the local jail into meet and processing type station for new arrivals. I have placed several small packs filled with a day's worth of supplies in various locations throughout the town. Each pack has a small plastic board inside of them with the words, come to the police station. Which I've lost a few packs due to either scavengers or I just forgot where the hell I put them, but have yet to find anyone at the police station.

I've also been setting up some smaller back-up centers of command around town. And before anyone asks, I have been taking out small packs of the dead as they come into town. I did find one guy, who was damn near at death's door, who helped me set some dead traps, before he continued west in search for his family. Now, when I say "Dead Traps", I mean traps with the dead inside them.

It took us 3 months in order to actually dig a 20 foot deep by 10 foot wide ditch around the main part of town in which I wanted to protect. And NO, the large track hoes not left in trench, ditch, mote or whatever you want to call it. The dirt was piled up on the inside top of the trench. Which allowed for a nice berm serving as a simple line of defense. Of course the guy left before I could start my second part of defense. I wanted to put up a high chain linked fence behind the berm.

I have been taking bits and pieces from large collection of zombies movies and books I have had time to watch and read to set-up a more fortified compound. From the trench, to the fencing to even walls. But maybe within the next few months I will be able to either find or meet some people in order to finish out the creation of a more secured place.

Now you may wonder how the hell I keep the dead hordes from penetrating or over running this huge ass place? Actually, with the large hunting stores and the small mom and pop hunting shops around is how I', doing it. The mom and pop joints make their own scent be gone type sprays and other animal scent hiders and even different types of animal piss and have set up a gutter system at the top of the surrounding berm.

This gutter system, encircles the entire town that the berm hides. During patrols, if I see hordes, I flip a switch which floods the gutter system with these scent hiders and the different types of animal piss...Which in the end, not only hides the town, but me as well...

It's just a simple hiding technique which I tried out on one of my over night exploring missions.I found a small hunting shop with a large barrel of deer piss, which how the hell they got that much deer piss, I'll never know. Anyways, I was being pursued by a large group of deadites, ducked into the hunting shop and ended up knocking over the barrel. I basically covered myself from the tidelwave of urine and because I was trapped, knew I would soon meet my family up among the stars.

That didn't happened. I stood ready to fight till the end, but those dead fucks walked right on by me like I wasn't even there.

I'm not sure what the hell happened, but I lived and figured if it worked in the store, that maybe it would work for the town. And as it stands, it's worked...

So as for all those people that are dying and refuse to find help or leave, don't come my way. Because you may be given a bed for the night and some supplies, but you do not belong in my Dragon's Haven...

How is your Walmart Compound holding up?

You have gone silent... 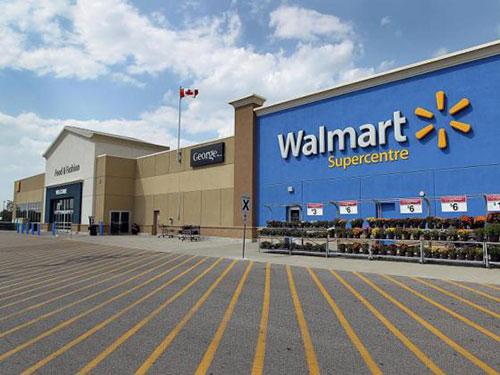