Fox News: Scientists have devloped a flu virus that could "KILL" off half of the worlds population!

I was at this clinic,[Friends dad need to get physical therapy"] and I was watching Fox News on the tv.

half of the earth population. I could not have believed my eyes!! What the fuck are these assholes trying to do?? Kill us??

I don't know about you guys but I really do believe that you shouldn't fick with momma nature.

What are your views?

Boodrow by boy. that is what they call POPULATION CONTROL and if i were you. i would believe it. scientists are good for one thing. "How bad bad can get and this is a real good example. and just think. next time you get a flu shot. that stuff could be in it because the vaccine is nothing more then an altered version of the base germ.

Check it on google . There is a link to it on my Facebook page. Just search for Donald Welch

i am tellin ya. this is nothing more then population control. now that its gotten out that it exists. its only a matter of time before some dumb assed terrorist gets hold of it. has their own network of underground scientists make it worse. then POW! zombie virus! then zombies!

Engineered Avian Flu Could Kill Half the World’s Humans

This isn't a movie. It's not a classic Science Fiction book. This is the real story of a scientist who created a virus with the power to litter the Earth with billions of dead bodies.

In his Netherlands laboratory, virologist Ron Fouchier was experimenting with the avian flu virus to see how it could become even more virulent. (Red flag.) His research involved spreading it throughout a population of ferrets, and he noticed that as the virus reproduced, it adapted to spread even faster. (RED FLAG.) Not worried about ferret flu? Previous research has shown that any strains of influenza that can pass between ferrets can also pass between humans. (RED FLAAAAAAAAAG.) Ten generations later, his efforts had created an airborne strain with the power could kill half the human population. (RED FUCKING FLAG, DUDE!)

Fouchier, who conducted his research at Erasmus Medical Centre admitted that the new strain is "probably one of the most dangerous viruses you can make." He presented his work at the influenza conference in Malta this September. Now he wants to publish his study in a scientific journal, so those responsible for responding to bioterrorism can be prepared for the worst case scenario. Seems like a no-brainer, right? Not exactly. The research has set off alarms among colleagues who are urging Fouchier not to publish, for fear the recipe could wind up in the wrong hands. Some question whether the research should have been done in the first place. Fair point!

Typically H5N1 affects birds, but about 10 years ago it emerged in humans, first in Asia, then traveling around the world. Human cases are rare—about 600 total—but they are deadly, killing about half the people infected.

The reason avian flu isn't more common is because it's not an airborne contagion—at least it hasn't been until now. With the un-engineered version, you have to touch something that's been contaminated to get sick. But Fouchier's version is airborne, meaning being in the vicinity of the disease and breathing it in would be enough to contract it. It's as contagious as the human seasonal flu, but much more deadly. And now Fouchier wants to publish how he made it that way.

His fellow bioterrorism experts are thinking that's maybe not the best idea, because then anyone who got their hands on the paper could reproduce Fouchier's results. Microbial geneticist Paul Keim, an anthrax expert and chair of the National Science Advisory Board for Biosecurity(which will decide whether Fouchier can publish) told Science Insider:

I can't think of another pathogenic organism that is as scary as this one. I don't think anthrax is scary at all compared to this.

But Fouchier and a handful of other scientists who have performed similar experiments believe publishing would help the scientific community prepare for an H5N1 pandemic. Not publishing, they say, could leave researchers in the dark as to how to respond to an outbreak. But a pandemic made possible in the first place by the publication creates a bit of a chicken and egg question—and that's why the NSAB has an unenviably difficult decision to make.

[Science Insider via Geekosystem and RT]

yea, this is pretty much what Ive been expecting and waiting for...and you better believe this  wont be destoryed and never done again, no this will be taken to a further level, probably mixed with God knows what else...and will one way or another be released...nobody wants to believe us...smh...

being its in their nature to see just how bad bad can get. there is no way in hell they will stop at just this. they will splice it, mutate it, rearrange it and in general so how they can weaponize it or worse. this my friends is just the beginning. mark my words.

I agree, but id atleast want it to be an infection that leads to RAGE, MEMORY LOSS, and the desire to kill.
(AKA a zombie apocalypse)

i would rather have the shamble kind myself. lol.

KOMRAD WOULD THIS BE THE NOW MURDEROUS KORONA VIURUS?.. 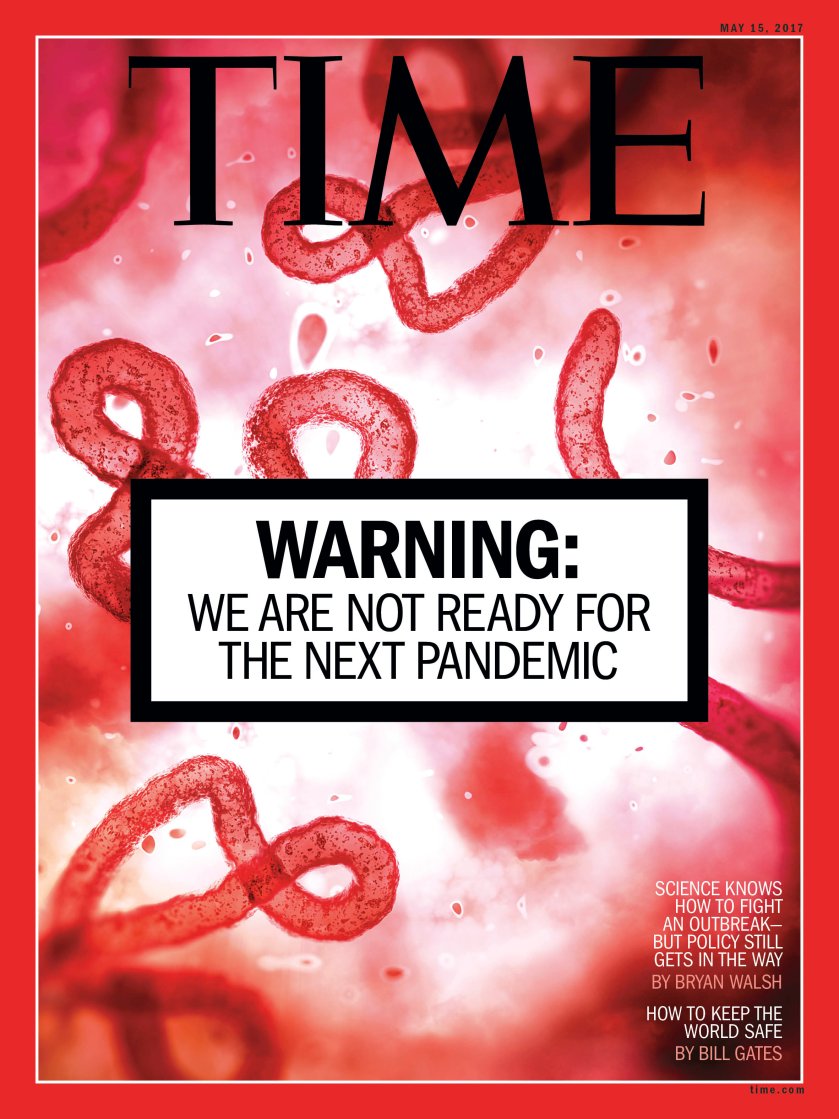