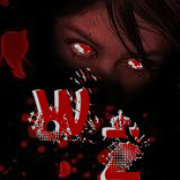 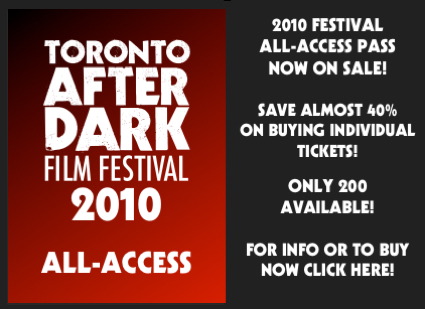 Toronto After Dark Film Festival is one of the world’s leading showcases of thrilling cinema. The critically acclaimed annual festival, now in its 5th Year, showcases new horror, sci-fi, action and cult films from around the world, including numerous award-winning features and shorts. Last year’s festival was attended by a record 9,000 enthusiastic film fans and over 100 members of press and industry. In a poll of local filmgoers, Toronto After Dark was also voted Runner-Up for Best Film Festival in the City. We invite you to join us this August 13-20, 2010 for eight amazing nights at the Bloor Cinema, Toronto’s legendary cult movie theatre revered by visiting filmmakers including Quentin Tarantino, Kevin Smith and Edgar Wright.

RSVP for TORONTO AFTER DARK FILM FESTIVAL 2010 to add comments!